Finally launched our new website for an Insurance Agent Management software tool. It has a very nice web 2.0 look (heavy graphics). Check it out Amos365

The project began when our company recognized some serious management resources constraints that could be effectively eliminated via the correct software application. Our team set out building the project specifically for Peek Performance, a medium-sized insurance agency in the upstate South Carolina area. Working with an actual insurance company provide our developers with necessary feedback and insights to improve the software.

The fundamental purpose of the application is to eliminate the large paper trail associated with managing insurance agents and drastically reduce the number of upper level management supervisors required behind the scenes. 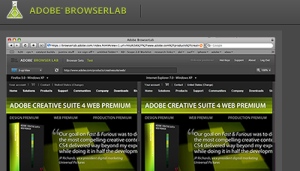 In many ways, the Internet resembles a new frontier, where the possibilities are limited only by how far creative minds push the capabilities of technology. In the area of web browsers, the languages used to build websites must be decoded in a certain manner to render the website as the author intended. The problem arises with the variability in web browsers, the main browsers being Internet Explorer, Chrome, Firefox, Safari, and Opera. Each browser has a different way of decoding the web markup because a “web standard” was never officially established. This means that certain ways of writing code, or “logic”, doesn’t render properly/the same way across all the browsers, and solving that issue is the single greatest challenges for web developers today.

The five main browsers make up about 98 percent of the market, so many people are under the impression that compatibility testing is not that difficult. Unfortunately, the most overlooked factor involved is the number of versions of each browser still in use. For example, Internet Explorer currently has three active versions and one beta version on the market, where each updated versions has a higher compatibility level. Now the complications of cross-browser compatibility are starting to come into focus. In the past, web developers were forced to have several machines running with different versions of each browser. This meant a lengthy and difficult trial-and-error method of achieving compatibility.

Now enter Adobe BrowserLab, an all-in-one compatibility testing tool. It allows the user to upload any website code, run the code through any available version of every browser on the market, and produce a screenshot of the page to make sure the code is being properly displayed. Not only does this reduce the amount of time typically needed to do the testing, but BrowserLab also allows the developer to run all the necessary tests from one machine without having all the browsers. This is just one small step towards building a simpler worldwide web. 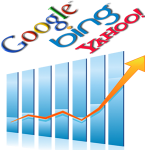 Arguably, one of the critical skill sets in the business world is Internet Marketing.

What does it really mean to market something on the Internet? Can it really be captured in a few paragraphs of a single post or a comment? I think not. With millions of sites on the World Wide Web, a single task, such as climbing the ranks of the SEO chain, seems to be a distant unobtainable goal. And just who are the experts of such a skill set? I don’t recall there being a Bachelor’s degree in Search Engine Optimization or How to Sell on the Internet. So how does one truly become an “expert” in selling something online?

As a small business, we have seriously been asking ourselves this question for the past few years, and slowly but surely, the pieces of the puzzle known as Search Engine Optimization are coming together. We are by no means an expert on the topic, but we do understand the fundamentals of what it takes to create business online.